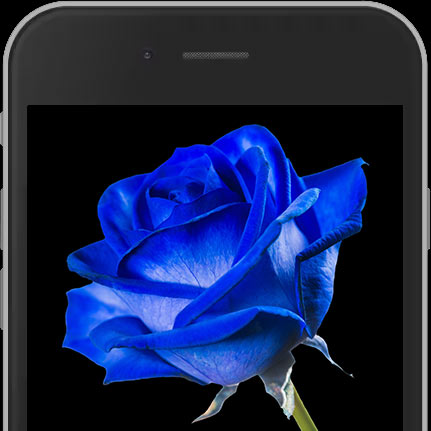 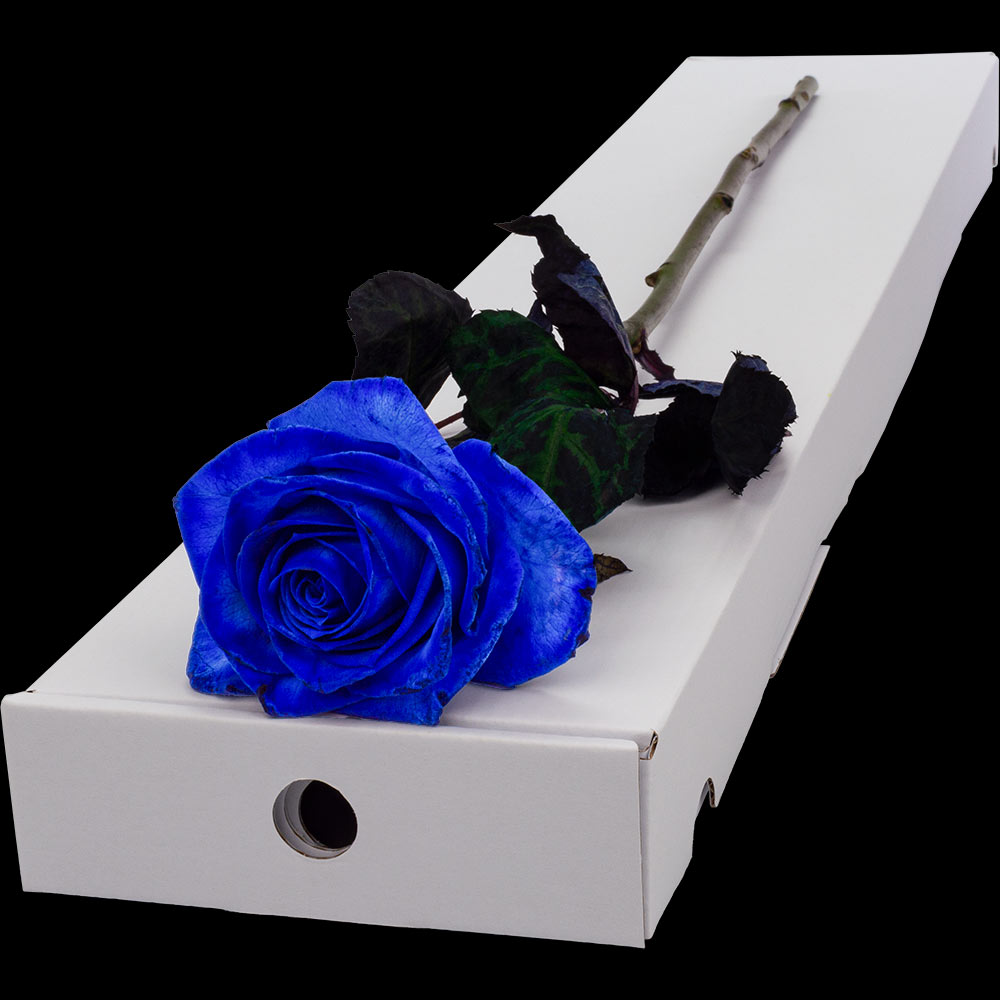 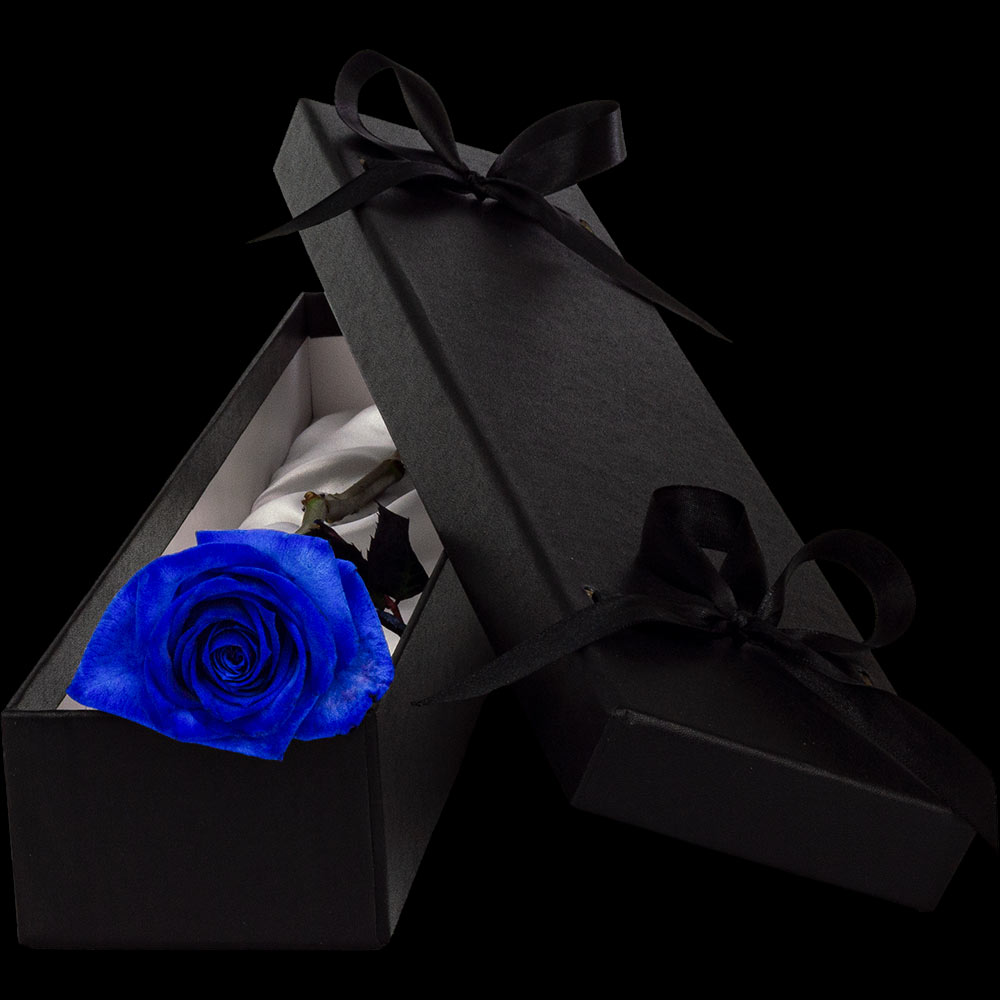 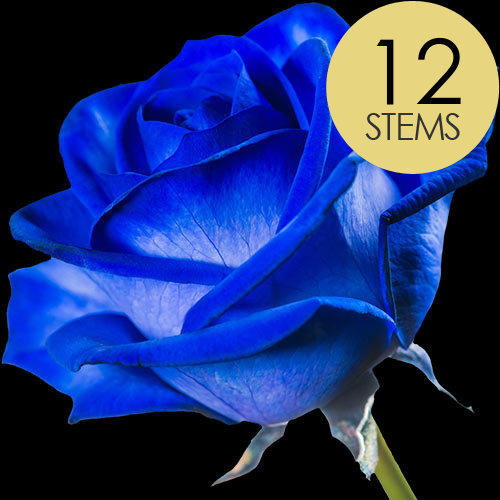 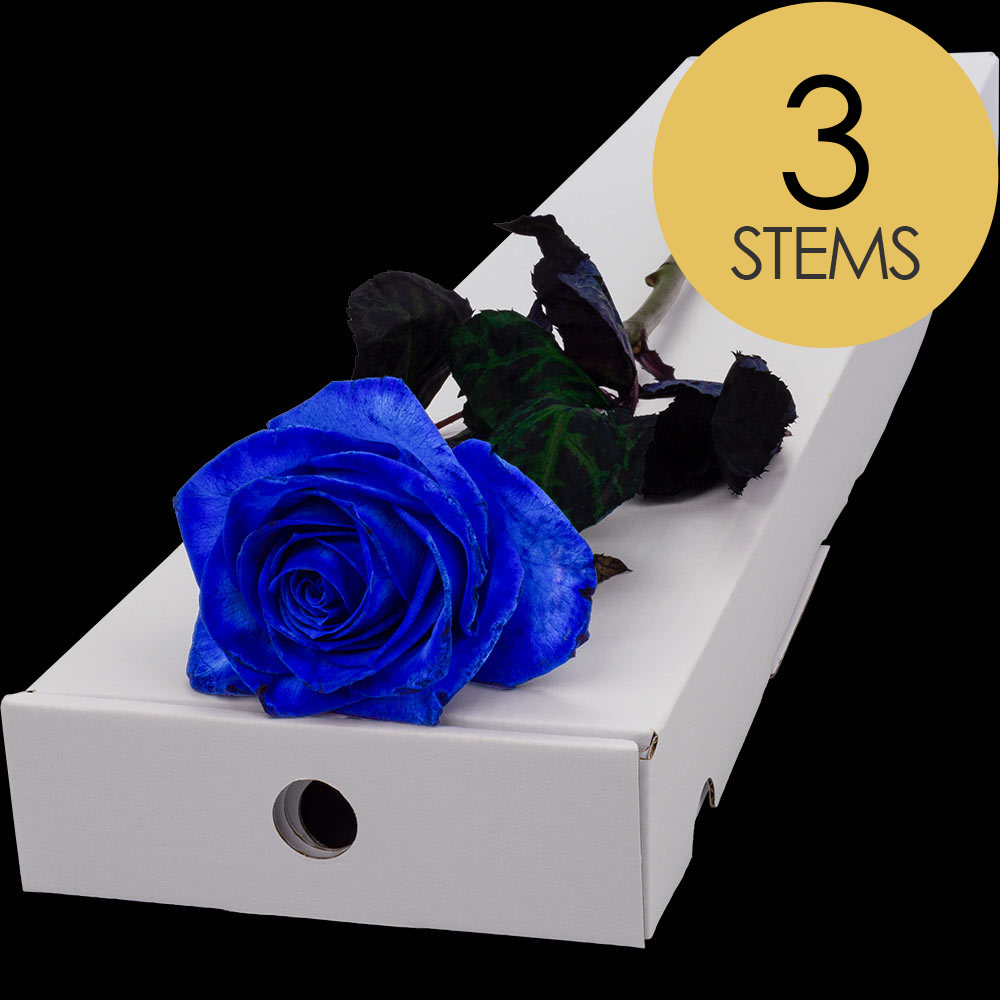 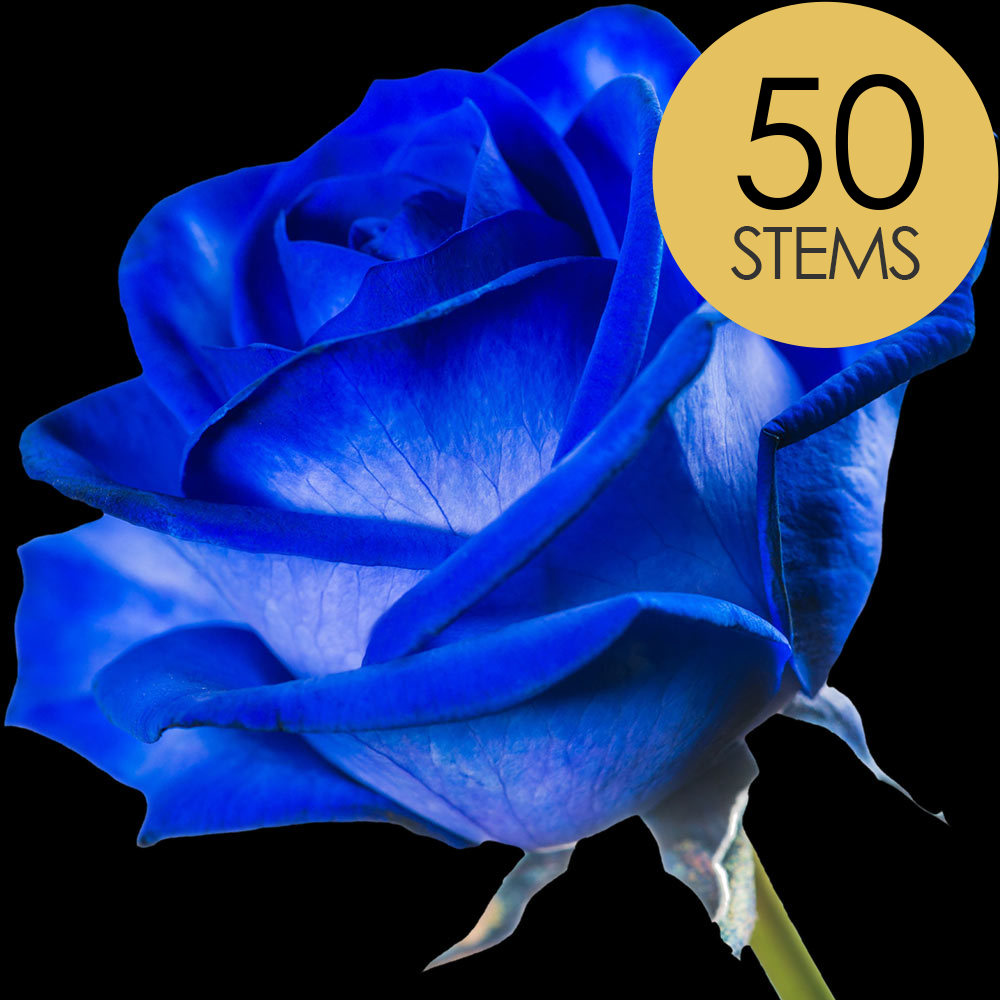 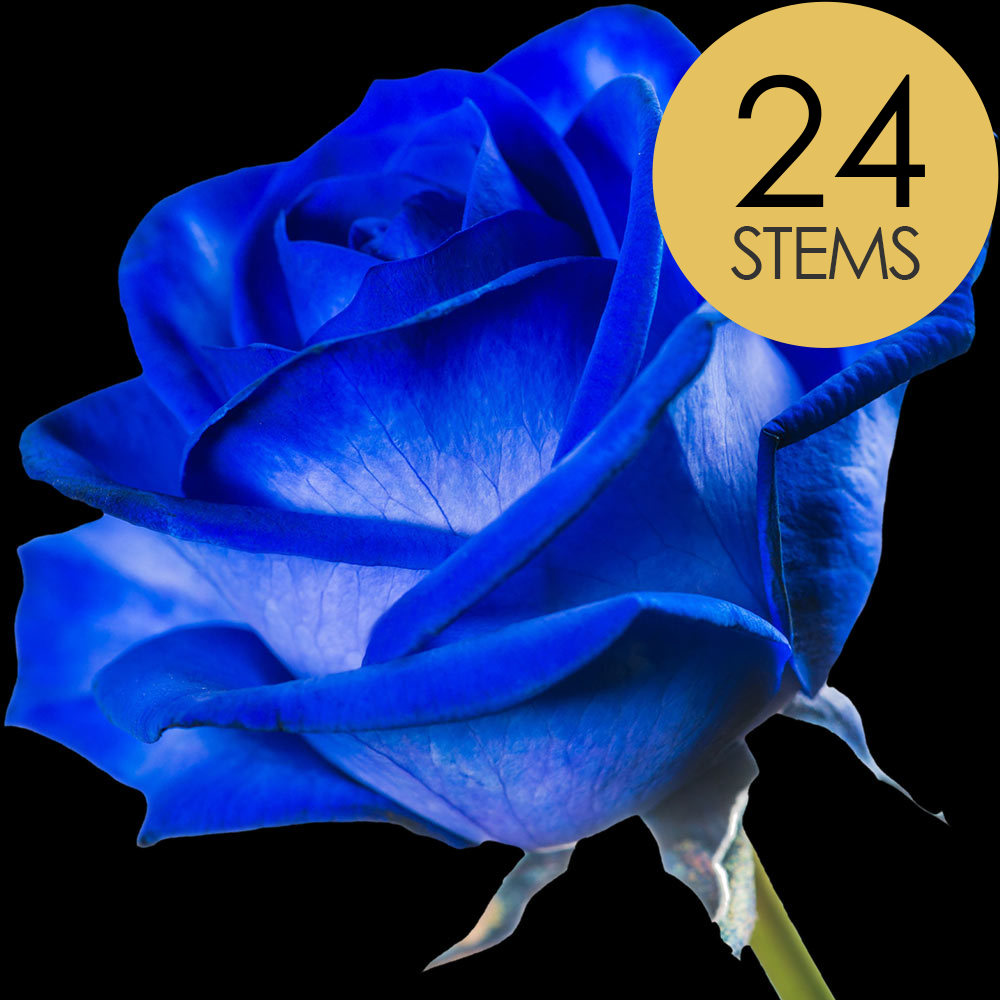 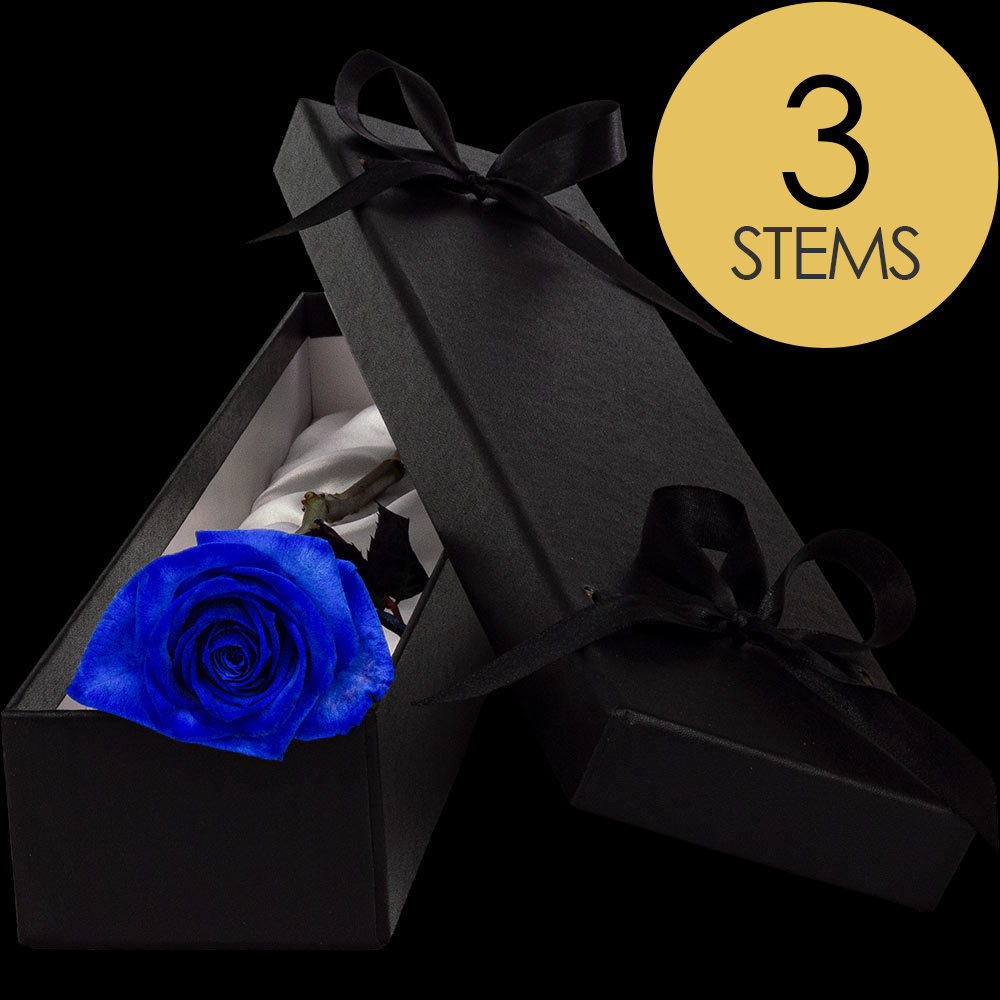 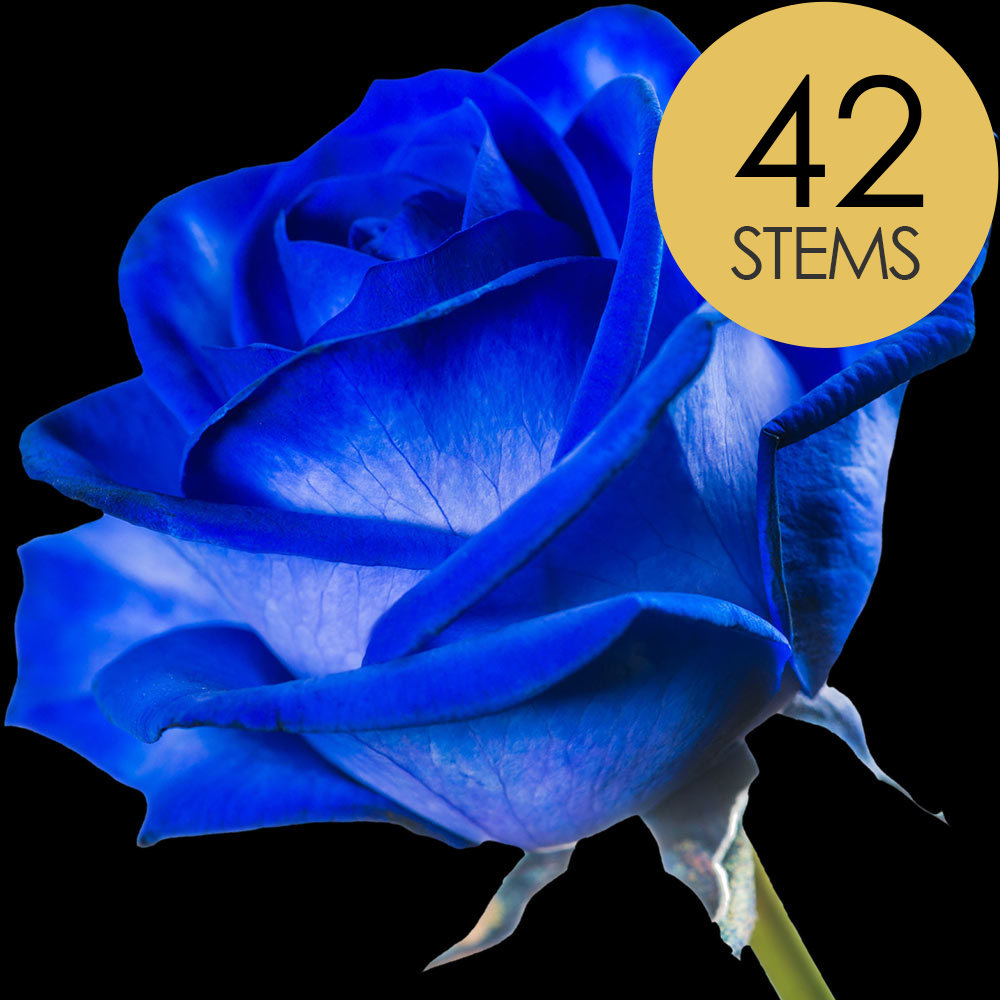 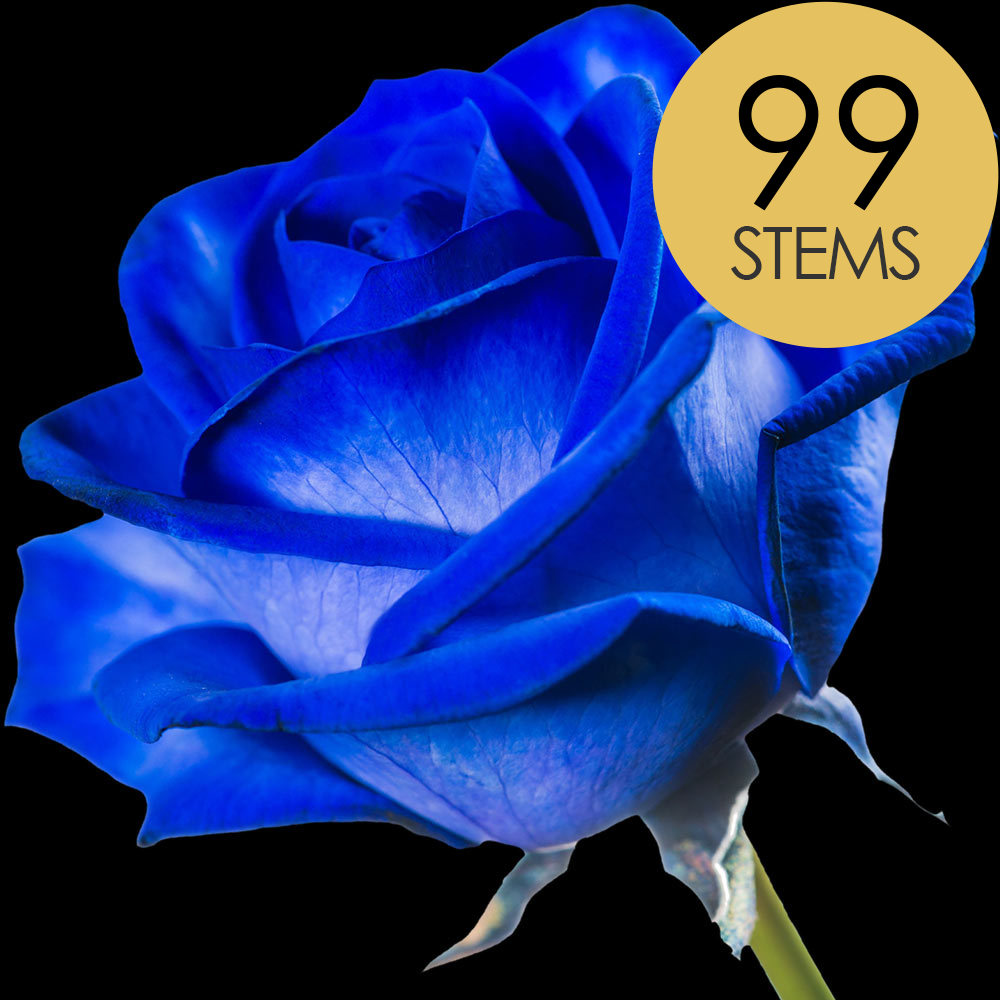 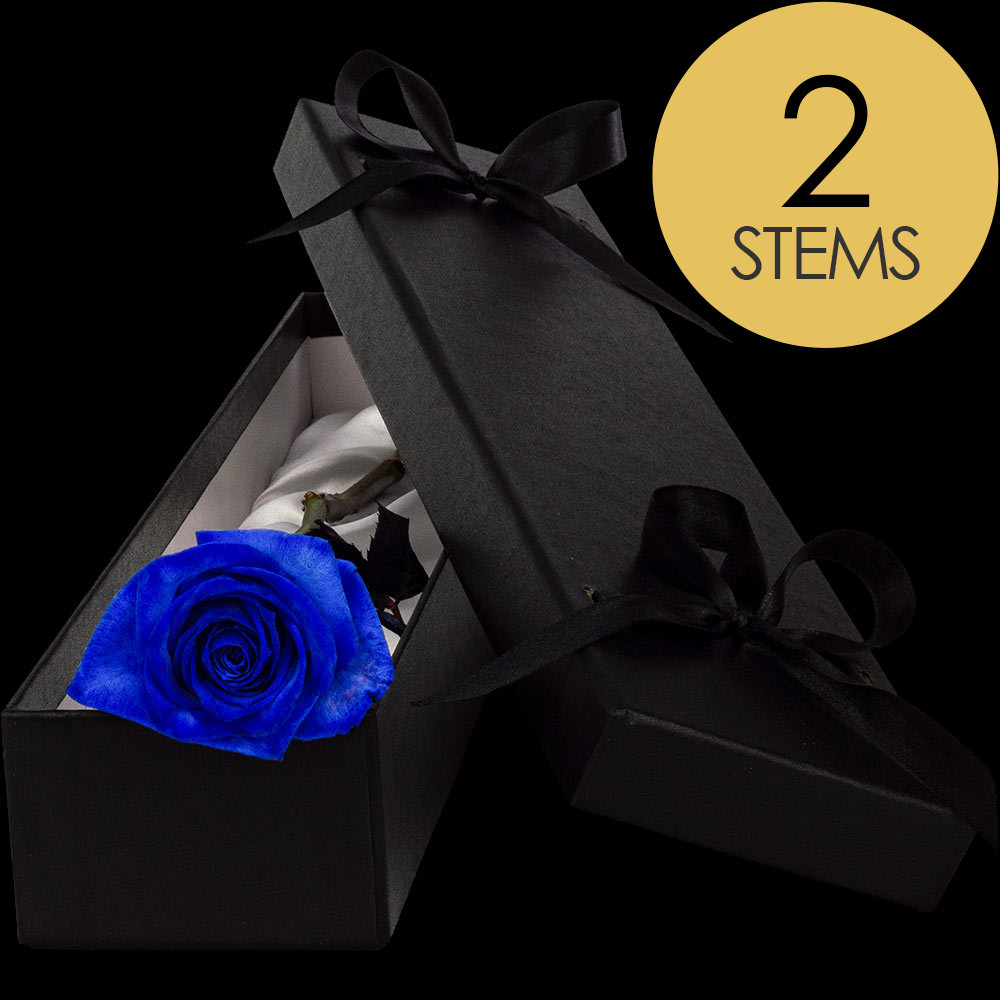 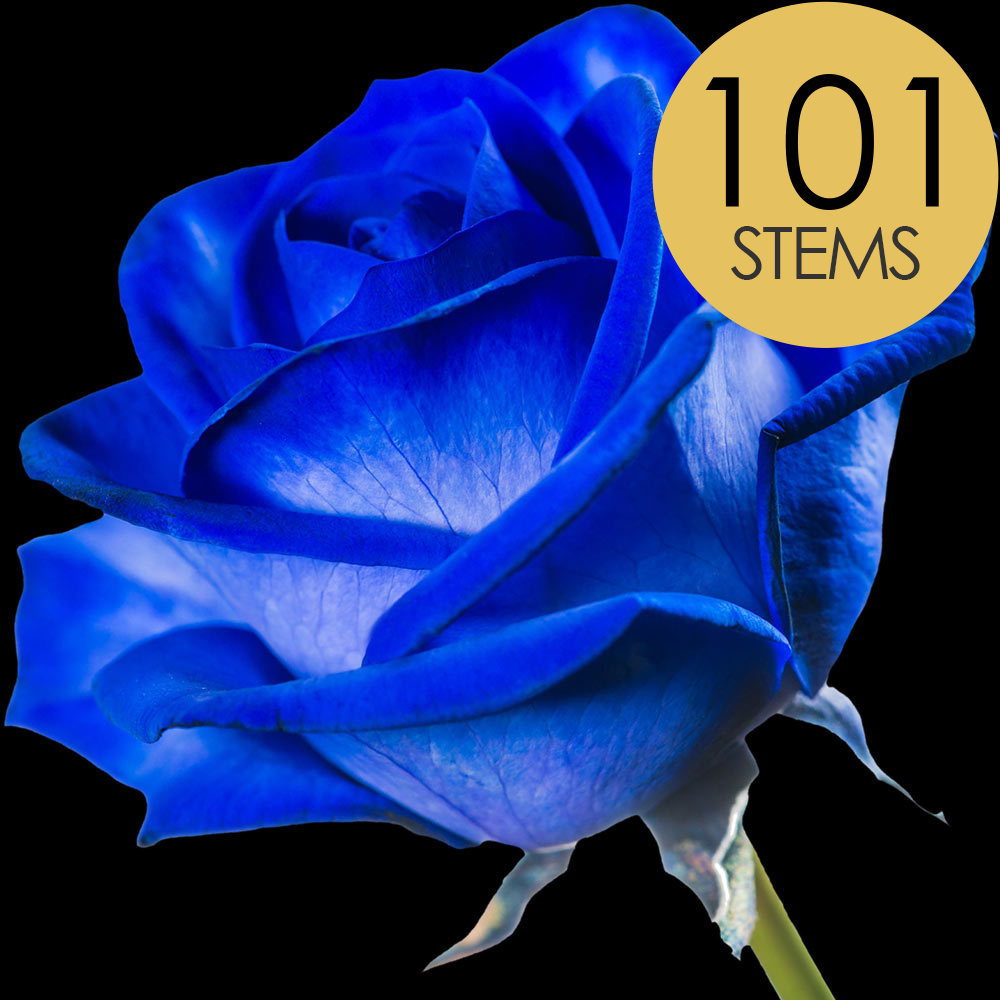 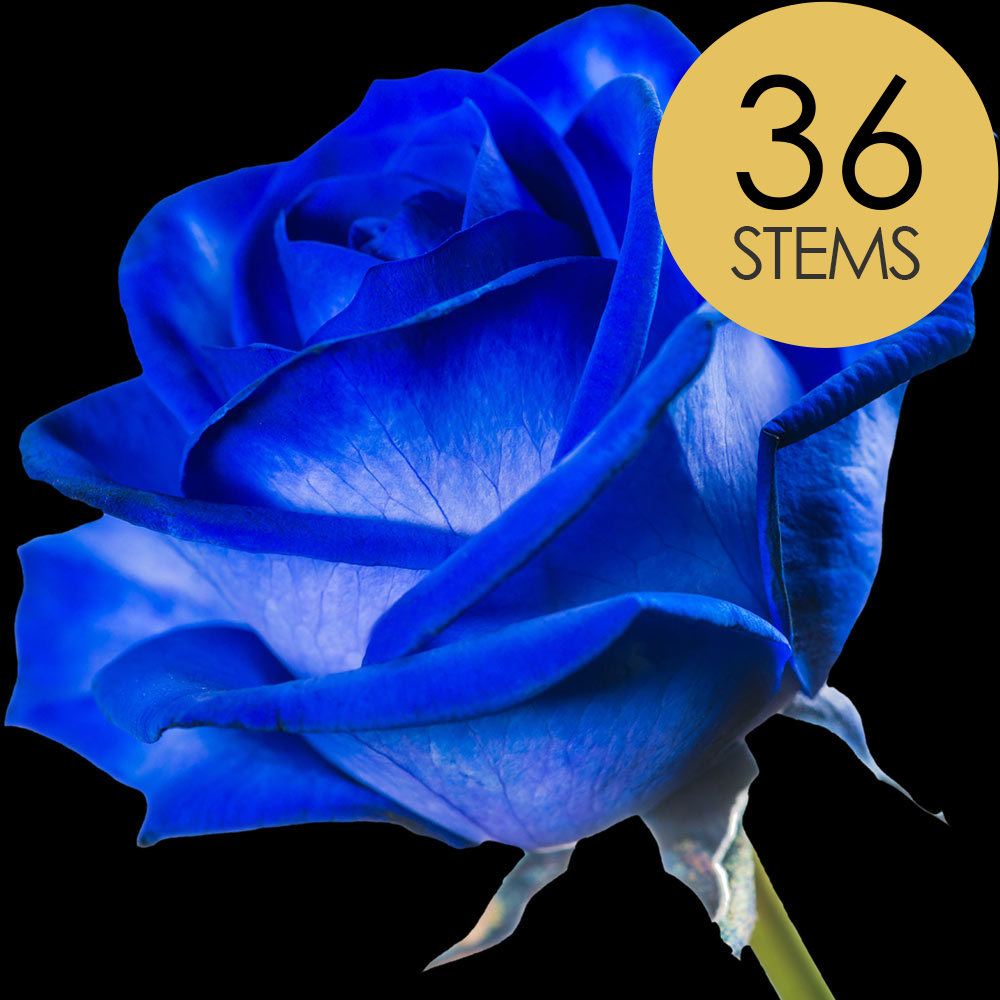 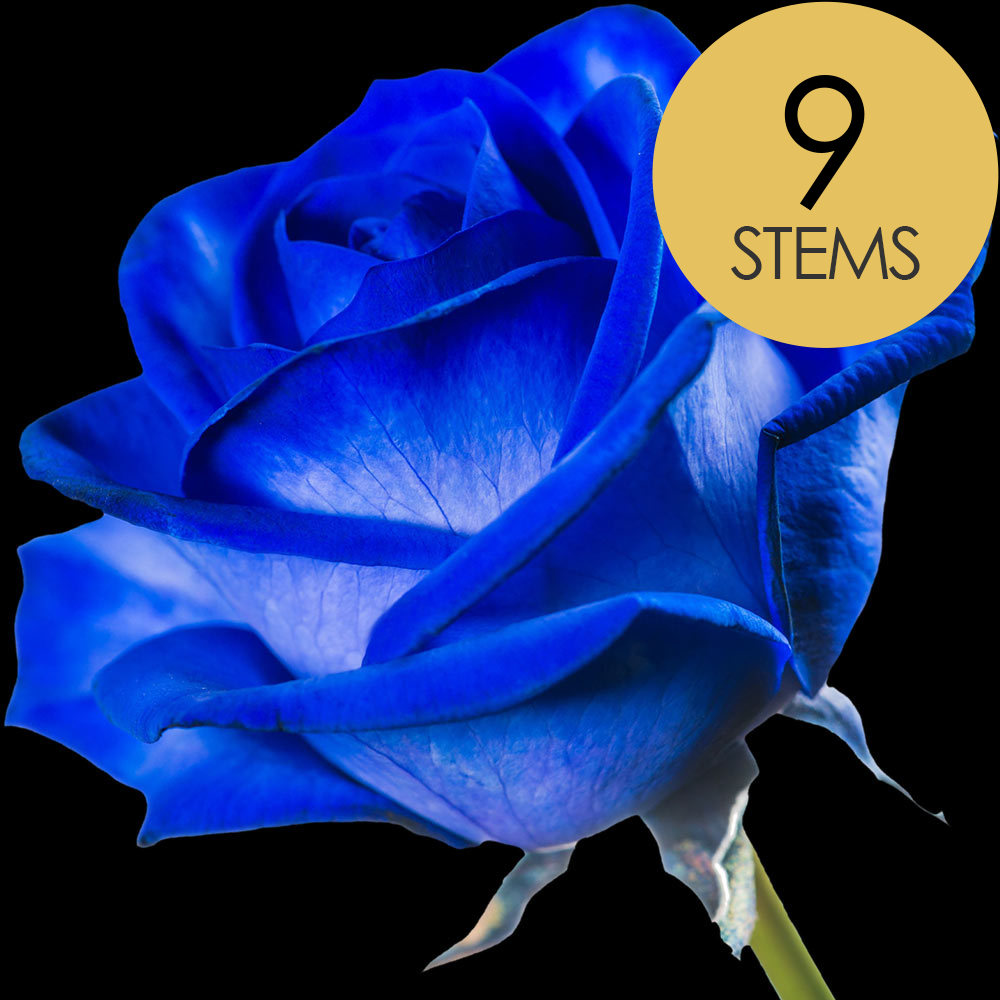 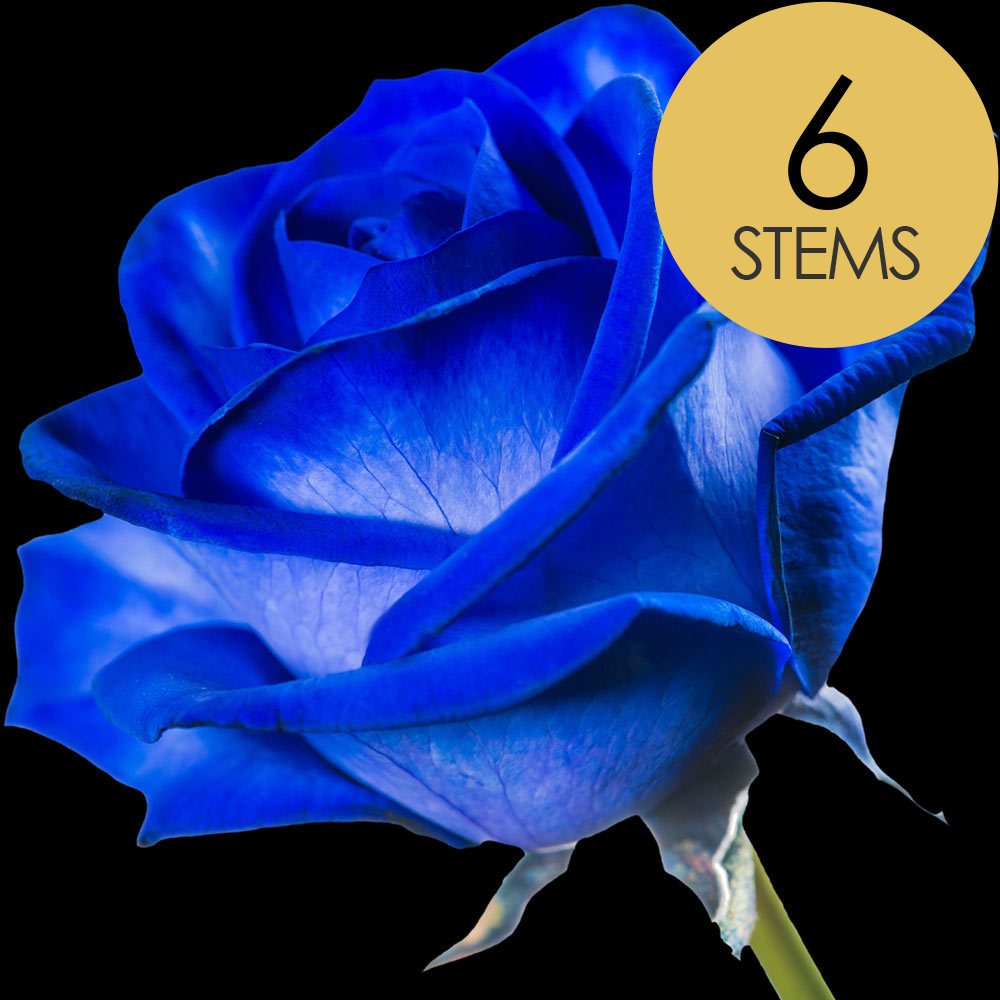 The Meaning of Blue Roses

Blue Roses are the most magical of roses, they symbolize the impossible, or the unattainable. Since the blue rose itself is a rarity in nature, it stands for something that is hardly within one's grasp, an object that seems too difficult to be achieved. Thus the blue rose is admired and revered as an unrealizable dream.

Is there a real blue rose?

Blue Roses just do not exist, commercially speaking that is, however the first blue rose is on its way as it has been grown by a bunch of mad Australian and Japanese Scientists. The lucky blighters have discovered the holy grail of the rose world!

So, until they are available to order in the UK (another 5 years we estimate) you will just have to make do with our specially selected white roses that are cut immaturely from the plant and cultivated in blue dye solution so that the blue can grow into the petals as well as the leaves and stems.

They produce a very deep and strikingly crisp blue rose that will blow your recipient away with its impossible beauty.

Blue rose given to a woman,
Considered sacred from a heart of  silent souls,
Words spoken, silence was a bond created;
Her boldness spurred from a single blue rose

Sacred blue rose hidden,
Burns emotions once stirred,
Rose blurred by a insecure woman,
Lured by his love,
now held for him ,from his words of his poems

Her fire inside spoken,
to return of her desires for his blue rose;
His love to her side remains frozen,
Only  for love, of his words

Devotion to be by his side,
to surrender to the rose once given, desirer of emotions;
from a sacred blue rose,
Her love for his blue rose;
Inspired by his love for words, he so chosen;
till the end

Silent bond of love fell upon her,
Words retrieved from his poem,
Fond of what was told;
Close to her heart she held what was inside, untold,
A token of all she felt,
For a man that gave a blue rose and a poem

Tokens of love now broken,
Love once spoken with true meaning for a rose,
Lost was the closeness so tenderly rendered,
driven by a blue rose once given

No memory of what he molded from his heart and soul,
Love that slurred emotions of desires within,
Love that came from what holds to a blue rose,
His words unfold 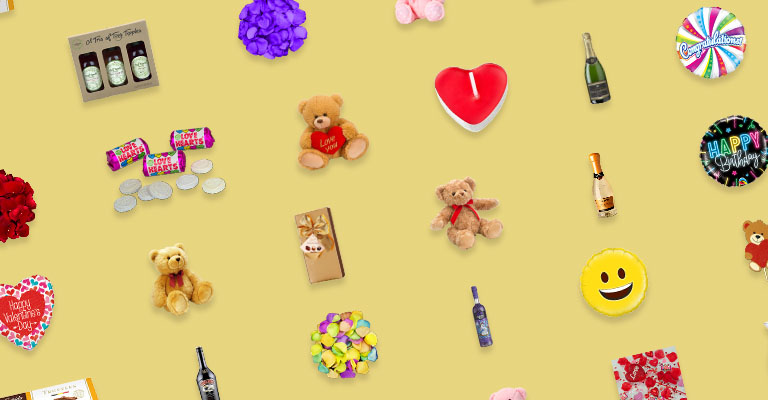 Choose from our huge selection of extra gifts and even add a free name-a-rose gift card worth £3.99. 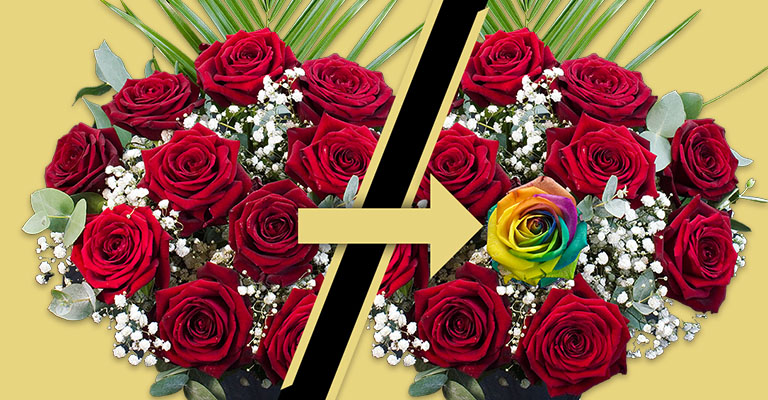 Choose to enhance your bouquet and switch one rose for another colour of your choice from our full range. 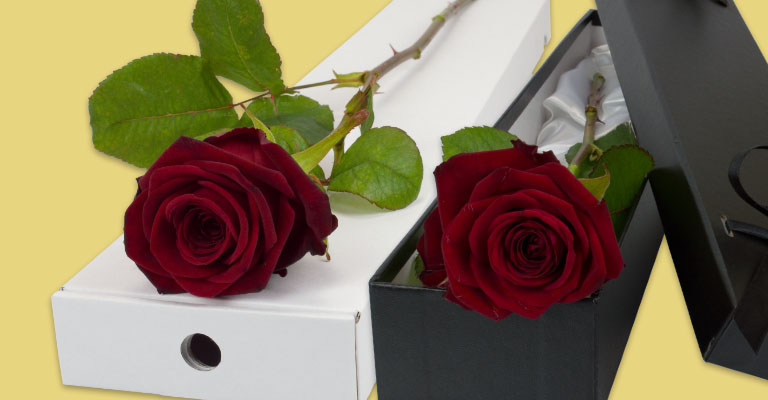 Choose from a range of single roses and rose bouquet styles.

We are a Real Florist

Yep, that's right we are a genuine hard working high street florist based in Lowestoft, Suffolk and have specialized in sending the very finest roses since 1999.

We offer 7 Day a week delivery